4.93 from 13 votes
Jump to Recipe ↓PinShareEmail

This post contains affiliate links. As an Amazon Associate I earn from qualifying purchases at no cost to you.

Creamed corn, corn niblets, and sour cream baked into sweet, moist cornbread, this Corn Pudding is delicious enough for any holiday gathering or dinner meal. Not only does it bring you back to your southern roots, but it’s so quick and easy to whip up!

Also known as corn casserole, Jiffy Corn Pudding is one of the easiest side dishes you can make, but it tastes like you spent hours in the kitchen. It’s a big hit with everyone, and it uses simple, budget-friendly ingredients, so it’s perfect for a crowd.

This is one of my favorite sides to make for Thanksgiving and Christmas gatherings, but it’s perfect for any time of the year, even Easter. It pairs great with a baked ham.

The cornbread is sweet and crunchy on the edges, while the corn and sour cream mixture is creamy and delicious, making the perfect texture and flavor combination. You’re sure to impress with this recipe!

I like to do half & half here – one half with cheese & jalapeños and the other half plain for those who don’t like spicy things!

🥣 How to Make Corn Pudding

If I make this Jiffy Corn Pudding for a crowd, I like to use two 8 x 8 pans, split the batter in half, and then add cheddar cheese and jalapenos to one of the pans. (This gives an option for people who don’t like spice.)

You can also do half & half in one pan – pictured below.

Made with only 6-ingredients, this corn casserole is quick and easy to whip up either way! Cook along with me here by watching the video.

Remove from the oven and let the corn pudding cool a little before serving. Enjoy!

If you use the exact ingredients in this recipe, you will make enough corn pudding to serve about 8 people. You can easily double the recipe and bake it in a 9 x 13 pan to feed more. Add an additional 15 minutes to the bake time if you double the recipe.

Is corn pudding the same thing as corn casserole?

Yes, it’s basically the same thing. Corn pudding is a southern dish and has been for generations, but many people call it corn casserole. So, you can call it whichever you prefer.

Can I make Jiffy Corn Pudding ahead of time?

Yep, you sure can! You can whip up all the ingredients up to 48 hours in advance. Then, place the mixture in the baking dish, cover it with plastic wrap, and put it in the refrigerator. When you are ready to bake it, remove it from the fridge and sit at room temperature for 30 minutes. Then, bake it following the recipe above.

You can also bake your corn pudding the night before and reheat it before serving.

Why is my corn pudding watery?

If your corn pudding appears watery, it may need additional cooking time. Leave it in the oven for a few more minutes, then take it out and let it sit for 3 – 5 minutes to thicken up. It will be more “wet” than regular cornbread as it is a pudding, but it should not be watery.

Do I serve Jiffy corn pudding hot or cold?

You can serve corn pudding either way! I prefer it warm straight from the oven because the sweet creamy texture is perfectly melty and delicious when warm.

🍳 How to Serve Corn Casserole

Jiffy Corn Pudding is a classic southern side dish. It is usually served alongside traditional Christmas, Thanksgiving, and Easter meals.

What to Serve with Corn Pudding

However, it can be served alongside any main dish including chicken, steak, and ham. Here are a few of my favorite dishes to serve with Jiffy corn pudding:

🥫 How to Store Leftover Corn Pudding

Once it’s cooled, you can store any corn pudding leftovers in an airtight container in your refrigerator for up to 5 days.

You can reheat individual portions in the microwave, or pop the whole dish back in the oven at 325℉ until it’s warmed throughout.

Other Southern Side Dish Recipes

Have You Tried This Recipe?
Please rate it and leave a comment below. I would love to hear what you think! 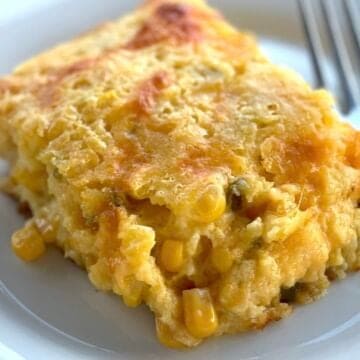 4.93 from 13 votes
Creamed corn, corn niblets, and sour cream baked into sweet, moist cornbread, this Jiffy Corn Pudding is delicious enough for any holiday gathering or dinner meal. Not only does it bring you back to your southern roots, but it’s so quick and easy to whip up!
Author: Kari
Servings: 8
Prep: 5 mins
Cook: 30 mins
Total: 35 mins

If serving this for a crowd, I like to use two 8 x 8 pans to split the batter in half – then add cheese and pickled jalapeños to one of the pans so there are two different options. (You can also mix the cheese and jalapeños into half of the batter in the big pan – it isn’t too hard to mix.)

Nutrition information is approximate and is automatically calculated, so should only be used as a guide. 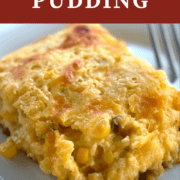 I am a newlywed, food blogger, health coach, and mama to a hot mess of a border collie. I love to put a new spin on old family recipes and I try to make as many meals as possible with an Instant Pot.

Read More About ME 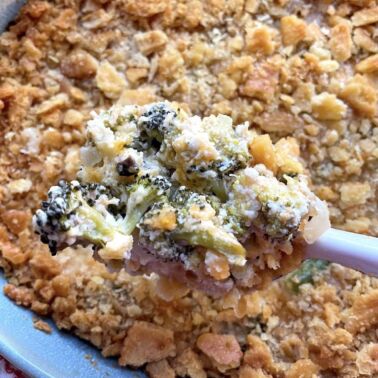 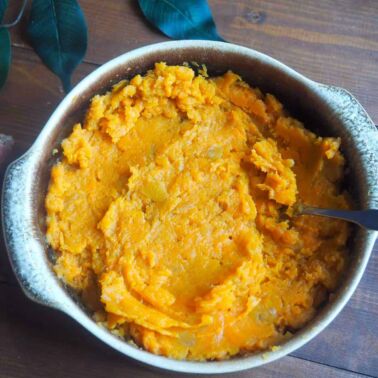 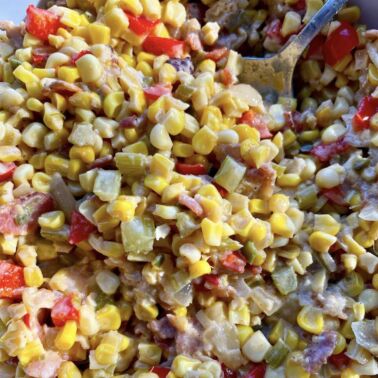 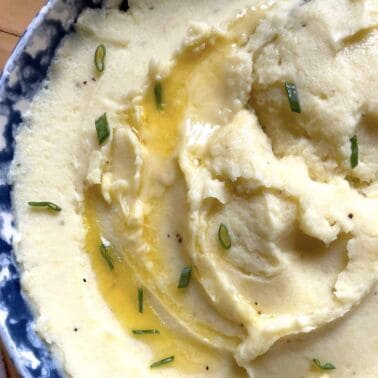 I am a wife, food blogger, health coach, and mama to a hot mess of a border collie. I love to put a new spin on old family recipes, and I try to make as many meals as possible with an Instant Pot.

Read More About ME 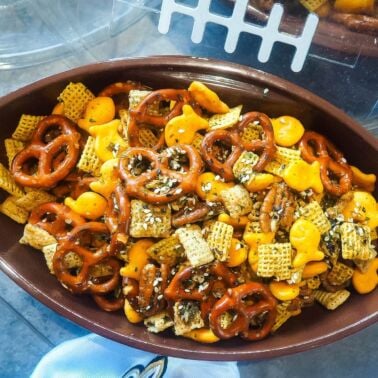 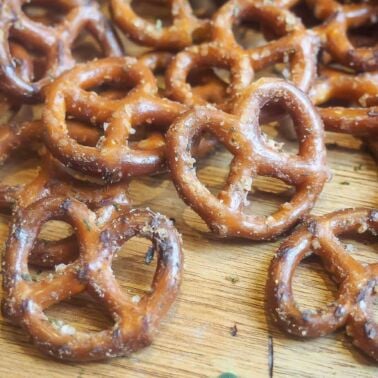 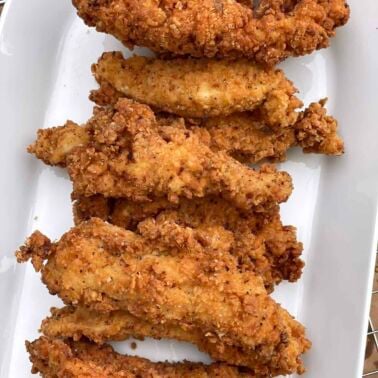 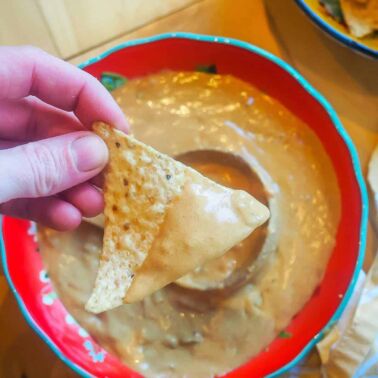 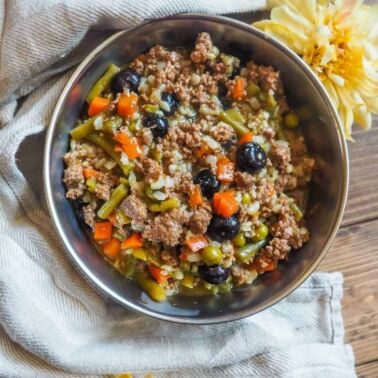 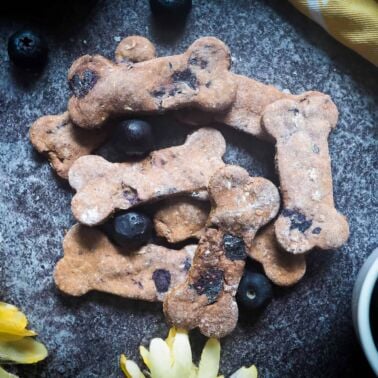 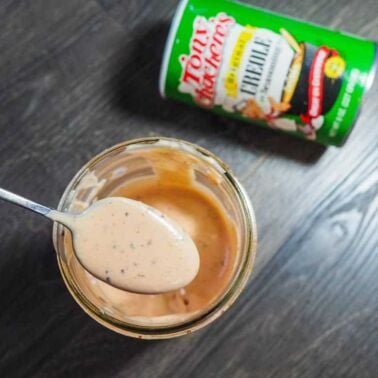 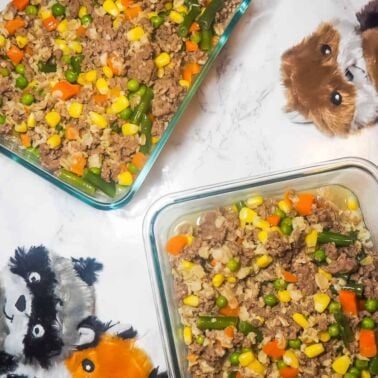 How to Make Homemade Dog Food on the Stove 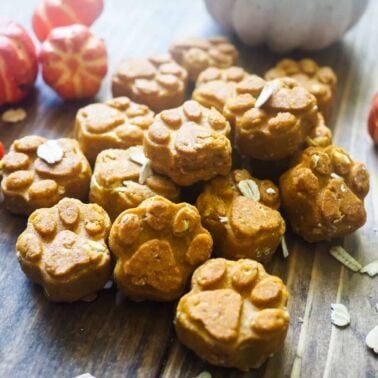 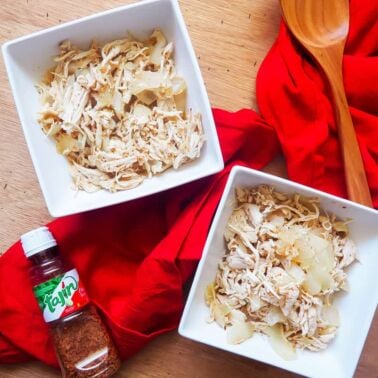 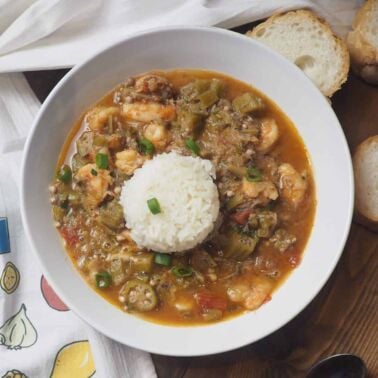 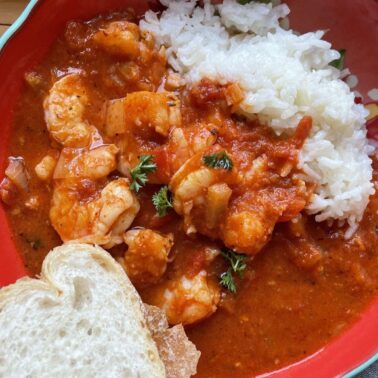